- Summon angels each with their own unique abilities. Show your strategy in deploying the right angels for different combat to turn the tide of battles.

- Choose from three Legendary Classes among Dragoon, Mage, Archer to suit your playstyle.

- Collect, craft and forge Legendary Equipment and Divine weapons to enhance your power.

- Fight again bosses and participate in Raids and Instance for endless loot.

- Make trade wisely to earn profit or get the equipment you need at the Auction House.

League of Angels: Chaos is a fantasy Action MMORPG designed to give you the ultimate RPG experience on mobile.

Ragnarok has engulfed the world in chaos and the heavens themselves have been torn asunder. You, a champion of the gods, are the last hope to bring back order and restore the realm.

Embark on your journey to become a legend!

Summon forth the Angels and wield their divine power!

Each Angel possesses mighty abilities that will change the tide of battle.

Choose from Dragoon, Mage or Archer, each with their own skill sets and play styles.

Dragoon - Champion of justice that fights to uphold honor and the glory of his order. Wielding massive blades on each hand, he is a whirlwind of steel and death on the battlefield.

Mage - Master of the elements that controls the primal forces at his fingertips. Possessing generations of knowledge, he can unleash devastating spells on his foes.

Archer - Deadly marksman that never misses her mark. Trained by the ancient elves, her mastery of the bow is unmatched even by the gods themselves.

Clash in spectacular battles solo or alongside your comrades in a highly immersive combat experience!

Collect all kinds of gear, including equipment sets and Divine weapons; Craft and enhance your way to greatness!

Charge into battle on mythical Mounts while and illuminated Wings.

Trade to your heart’s content at the Auction House! Find the perfect equipment or make a profit playing the market!

Carefully plan your resource management to get ahead of the competition!

Every Instance, Boss, and Raid showers you with shiny loot.

Farm without lifting a finger with auto mode! Make progress even when you can’t access your phone! 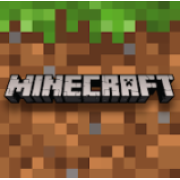